In 1990, the Americans with Disabilities Act changed the way the country looked at civil rights. It was acknowledged that people with disabilities were often disenfranchised and neglected by business establishments and employers. But the ADA made it law that these institutions could no longer neglect individuals who had a tougher time getting around because of a disability. Now, 27 years later, part of this groundbreaking law could be in danger, and activists are doing their best to stop that from happening.

Is the Americans with Disabilities Act in Danger? 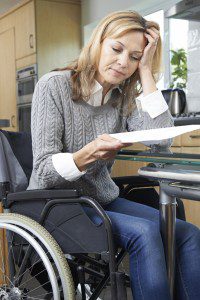 HR 620 removes the proactive responsibility of businesses to correct architectural barriers. Instead, people with disabilities would be forced to notify businesses when they have violated that person’s civil rights. Not only does this bill force people with disabilities to notify businesses of ADA violations, it also gives the business 60 days to submit a plan to correct the problem to the person who notified it. Then the business has another 60 days to put the plan of improvement into action.

How Will HR 620 Hurt People with Disabilities?

Many critics claim that this shift in burden is unfair. They believe it would allow businesses to drag their feet when it comes to complying with ADA mandates. If that happened, people with disabilities could go months without access to an establishment. The ACLU, Disability Rights Education & Defense Fund, Human Rights Watch and other advocates all disapprove of this bill. They believe citizens of this country have a right to seek immediate relief when they are barred because of their race, color, religion or national origin. Should this be any different for people with disabilities?

On September 7th, the U.S. House Judiciary Committee passed HR 620. This may allow the bill to come to a vote before the U.S. House of Representatives soon. As your Tulsa disability attorneys, Troutman & Troutman will continue to watch the progress of this bill and keep you informed.