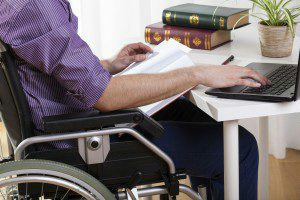 How Is Tinker AFB Providing More Jobs for People with Disabilities?

Hiring at Tinker Air Force Base was a challenge just two years ago. Staffers would have to sort through applications to find qualified candidates, then they would forward those applicants to managers for review. It was a tedious process made even more complicated when trying to find people with disabilities to hire. That all changed with the Special Excepted Appointment (SEA) program.

This new tool identifies job applicants, determines their skill set and matches them to the proper position. This cuts the time it takes to hire a qualified candidate in half, and it has allowed Tinker AFB to increase its number of civilian with disability hires.

Since implementing the system back in January 2016, the hiring rate for people with targeted disabilities has risen to 2.95 percent. That’s almost a full percent over the DoD standard. And though the base has only managed to hire civilians with general disabilities at a 9.5 percent rate, 2.5 percent lower than DoD goals, managers are hoping to fill that gap soon.

In 2015, only 17.5 percent of people with disabilities were employed. Could efforts like the SEA program help grow those numbers? The Tulsa disability attorneys at Troutman & Troutman are interested in finding out. Check back with us to see if there have been any new developments.