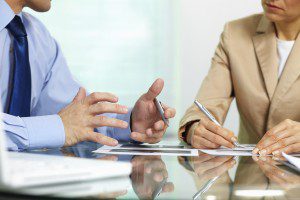 It can often take a long time to get approval for Social Security Disability insurance benefits. If your initial application is denied, you could wind up on a waitlist for an average of 600 days. If you manage to get approval after that, then you may be due back pay on the benefits you should have received during the application process. However, it might surprise you to learn that this sum could be taxable, and planning appropriately is essential.

Will I Have to Pay Taxes on My Disability Benefits?

Just like Social Security retirement benefits, disability benefits are taxable depending on your yearly income, your marital status, and other factors. That means your SSDI back-payment could be taxable, depending on how much you made while waiting for approval. For many, this isn’t a problem because they made little while waiting for benefits. However, some individuals who rely on private pay Disability Insurance could have a big problem.

A man we’ll call David was denied SSDI benefits when he applied after back pain became too much for him to work. He relied on the Disability Insurance offered by his former employer to fill in the financial gap while he waited for an SSDI hearing. But that sum would need to be paid back once his SSDI was approved. Two years later, David won his appeal and had to pay back the private Disability Insurance. This is where the trouble started.

How Much Did David Have to Pay?

You see, David’s private Disability Insurance income made his SSDI income taxable. That meant he had to pay taxes on the back pay he received. Worse yet, he didn’t consult a professional quickly enough and when he received his SSDI benefits in 2010, he delayed paying his private insurance back until 2011. Unfortunately, because he didn’t pay off the private insurance the same year that he received his SSDI back pay, he had to pay extra taxes. In the end, his lack of planning resulted in a 137 percent tax rate on his disability settlement. He paid nearly $8,000 in taxes after repaying the private insurer.

This is why it’s important to consult professionals like a Tulsa disability lawyer at the beginning of the disability benefits application process. An attorney can warn you about what to expect, and that warning could save you thousands.