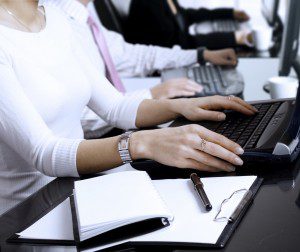 Last year, Oklahoma was in a financial crisis. There was a $1.3 billion hole in our state’s budget, and it looked like Medicaid reimbursements were on the chopping block to make up the difference. Luckily, our lawmakers found a solution, but many feared that solution may have been a stopgap. Well, it’s now 2017, and the cracks in last year’s budget solution might be showing.

Is Another Budget Crisis for Oklahoma DHS on the Horizon?

Lawmakers avoided making a 25 percent cut to Medicaid reimbursements by slashing budgets at other departments in the government. This prevented the state from using federal fund matching to expand SoonerCare. However, this cost other departments dearly, and one of those divisions was Oklahoma’s Department of Human Services (DHS).

DHS made cuts to its programs, which forced it to limit the services available to people with disabilities. Now those cuts could be having a deeper effect. Director Ed Lake just presented a new budget request to Oklahoma lawmakers. It says that the department needs $42 million before the fiscal year ends in June. Otherwise, the department will have to furlough workers and cut provider rates.

Lake needs about $34 million to fund elderly and developmental disability programs, while the department also needs additional funds to support children in DHS custody. The department’s current budget is $678 million, but that doesn’t seem like it was enough to get the department through an entire year.

Will lawmakers pass a supplemental budget for DHS? What will the department do about its budget next year? Will people with disabilities continue to suffer because of this money management issue? Our Tulsa disability attorneys will continue to watch the situation. You can also share your ideas on Oklahoma’s fiscal dilemma by heading over to Twitter and Facebook.