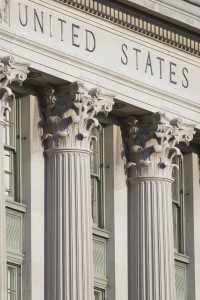 Did you know that the Social Security Administration (SSA) doesn’t currently have a permanent leader and hasn’t had one since 2013? Michael J. Astrue was the last commissioner of the SSA, his successor was supposed to be Carolyn W. Colvin, but her confirmation stalled in the House. So, who will be the next leader of the social security administration, and what does that mean for Social Security benefits?

Who Will Be Commissioner of the Social Security Administration?

When Colvin’s confirmation was stalled, she was already the acting commissioner of the SSA. She continued to fill this position until January of this year, when she retired. Nancy A. Berryhill has stepped up as acting director in Colvin’s place, but the agency still doesn’t have a leader, and it might be a while till it gets one.

When George W. Bush won the presidency, he didn’t nominate an SSA commissioner for six months. When President Barrack Obama took office, he waited almost an entire year before making a nomination. How long will it take President Trump to name his nominee?

There’s no rush when it comes to selecting a new nominee for commissioner of the Social Security Administration. Berryhill—the current acting director—has 40 years of experience working for the SSA. Her predecessor also left what she calls a strong staff in place to help smooth out the transition, which could take a long time. As far as budget and policy concerns go, Congress will continue to make those decisions.

This means that the fate of your benefits rests in the hands of your publicly elected officials, so don’t forget to contact them and let your voice be heard. You can also find more info on the SSA and your Social Security Disability benefits by following our blog. Our Tulsa disability attorneys are on the side of Oklahomans with disabilities, so tell us what you think on our Twitter and Facebook pages.