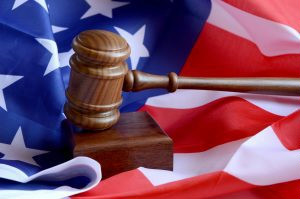 It has been 16 years since an accident left Sam Schmidt paralyzed from the neck down. Before that, he was a race car driver who competed all over the country. However, an accident ended his racing career. That accident also stopped him from ever driving to the supermarket, or travelling on his own, but a one-of-a-kind license is changing that.

How are Autonomous Vehicles Going to Help People with Disabilities?

Schmidt’s license is unique in our country, and it has several restrictions. The foremost restriction on his license says that the vehicle he drives must be autonomous. Luckily for Sam, there are a few self-driving vehicles out there now-a-days. Most major automotive manufacturers and a few tech companies are creating cars that can drive themselves. A company called Arrow created Schmidt’s autonomous 2016 Corvette Z06, and Tesla and Google have their own consumer vehicles in the works. These cars will allow anyone to get behind the wheel and drive to wherever they need to go, and people in the disability community are getting excited.

Many people with disabilities are quite familiar with the limitations of today’s transportation. Most can’t even take a trip to the supermarket without hours of preplanning, but autonomous vehicles can change that. One wheelchair accessible van could take a person across town with just the push of a button. Plus, if the vehicle is autonomous enough, they wouldn’t be required to have a license to operate it.

Sam Schmidt’s Corvette has cameras and computers that steer based on Sam’s head movements—he controls the throttle and braking by breathing into a tube. That means Sam’s car is only semi-autonomous. It even has pedals and a steering wheel on the passenger side so a backup driver can take over if something goes wrong. However, many companies are developing systems that don’t need that kind of input from a human driver, and it’s those machines that we could start seeing on the roads in the next five to ten years.

Are you excited by the prospect of autonomous vehicles? What other features do think these cars should have? Tell us what you think on Twitter and Facebook, and keep checking in with your Tulsa disability attorneys right here on our blog.